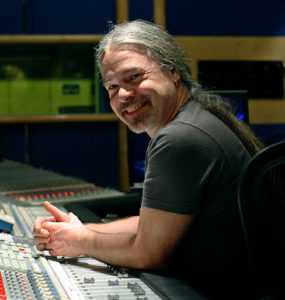 In this episode I had the Honour of speaking with the legendary producer and mixer Mike Fraser. Mike’s Career has been nothing short of legendary. His initial breakthrough was mixing Aerosmith’s comeback album after the engineer who was intended to do it became unavailable and Mike was thrown in the proverbial deep end.

He established a working relationship with Bob Rock and from there his career becomes incredible, having worked with the Cult and Bryan Adams, then producing AC/DC, mixing Metallica (during the Load/Reload and garage inc era with Randy Staub), Slipknot, Paradise Lost, Strapping Young Lad.

Such a superbly humble and friendly guy to talk to, we talked shop on subjects including:

There is a lot of value in this interview. I really hope you enjoy it!

You can send feedback to me (as always) to info@productionmasters.net