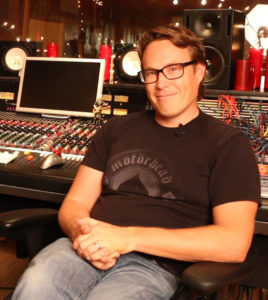 In this episode, I interviewed one of the giants of rock production, Cameron Webb. he’s perhaps best known for being Motorhead’s long time Producer, engineer and mixer but has a stellar discography going right back to having worked with Terry Date, Michael Jackson, Kelly Clarkson and many others including Megadeth, NoFX, Pennywise and the list goes on.

He has an organic and inspiring approach, always looking to get sounds right at the source, working to capture the essence of what the artist has to offer (in Motorhead’s case, a lot).

Check out the the Multitrack breakdown of “Electricity” by Motorhead with Cameron Webb here: